I had a blast at DragonCon again this year. This time, Ben and I made armor for the first time so we could cosplay as Sasha and Aleksis Kaidanovsky from Pacific Rim. We didn't quite finish everything in time, and we discovered a few things that will need to be adjusted/fixed for future conventions, but for a first armor done in about a month (less, actually), I think we did pretty well. 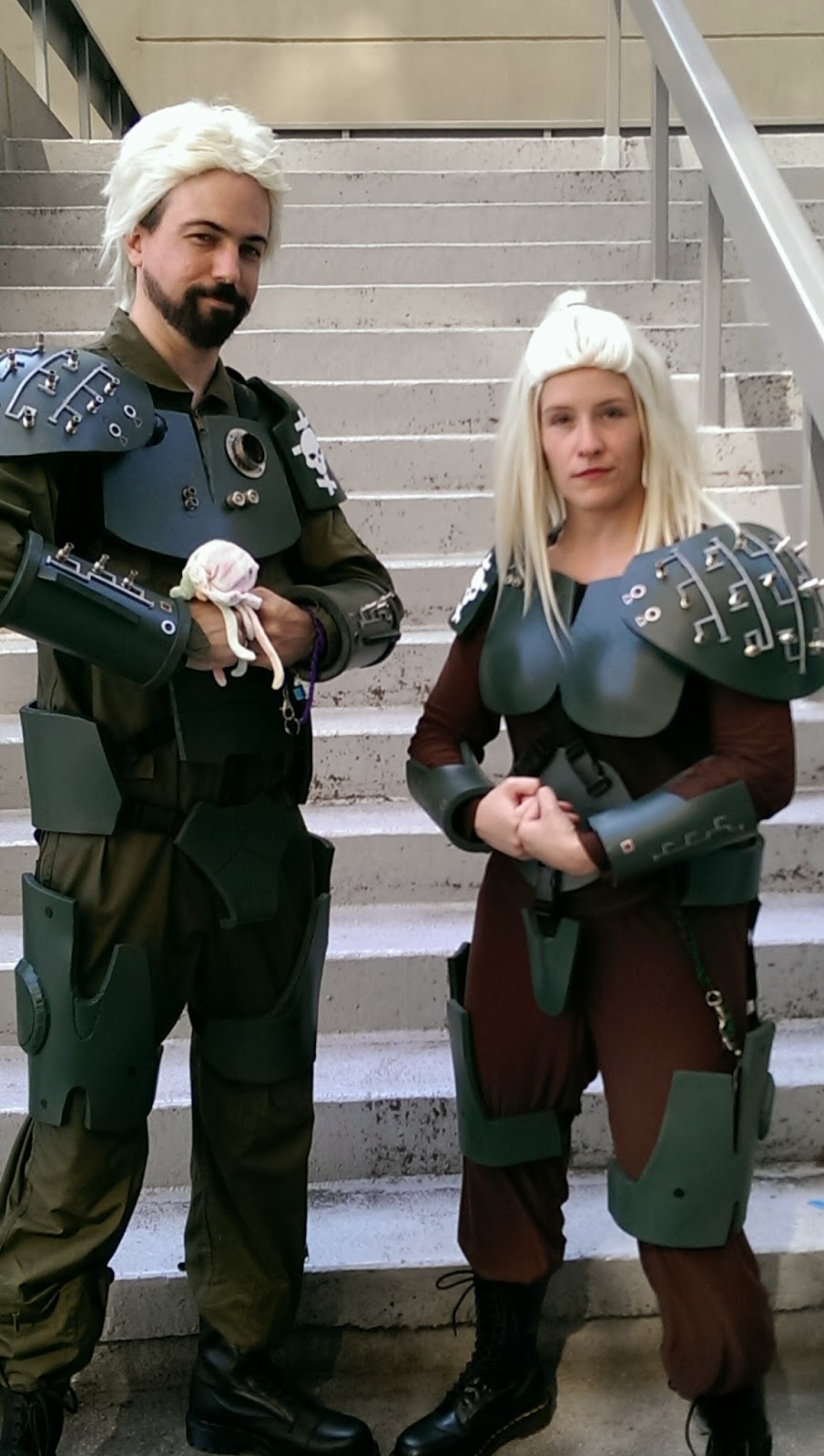 Us and Comrade Jellyfish (Comrade Squid was unavailable)

Sadly, shortly before DragonCon, one of our cats died. She had (probably) a rare and untreatable cancer, so we had to let her go. Mylene was a sweet, friendly orange bundle of love, and the 11 years we had her weren't enough. 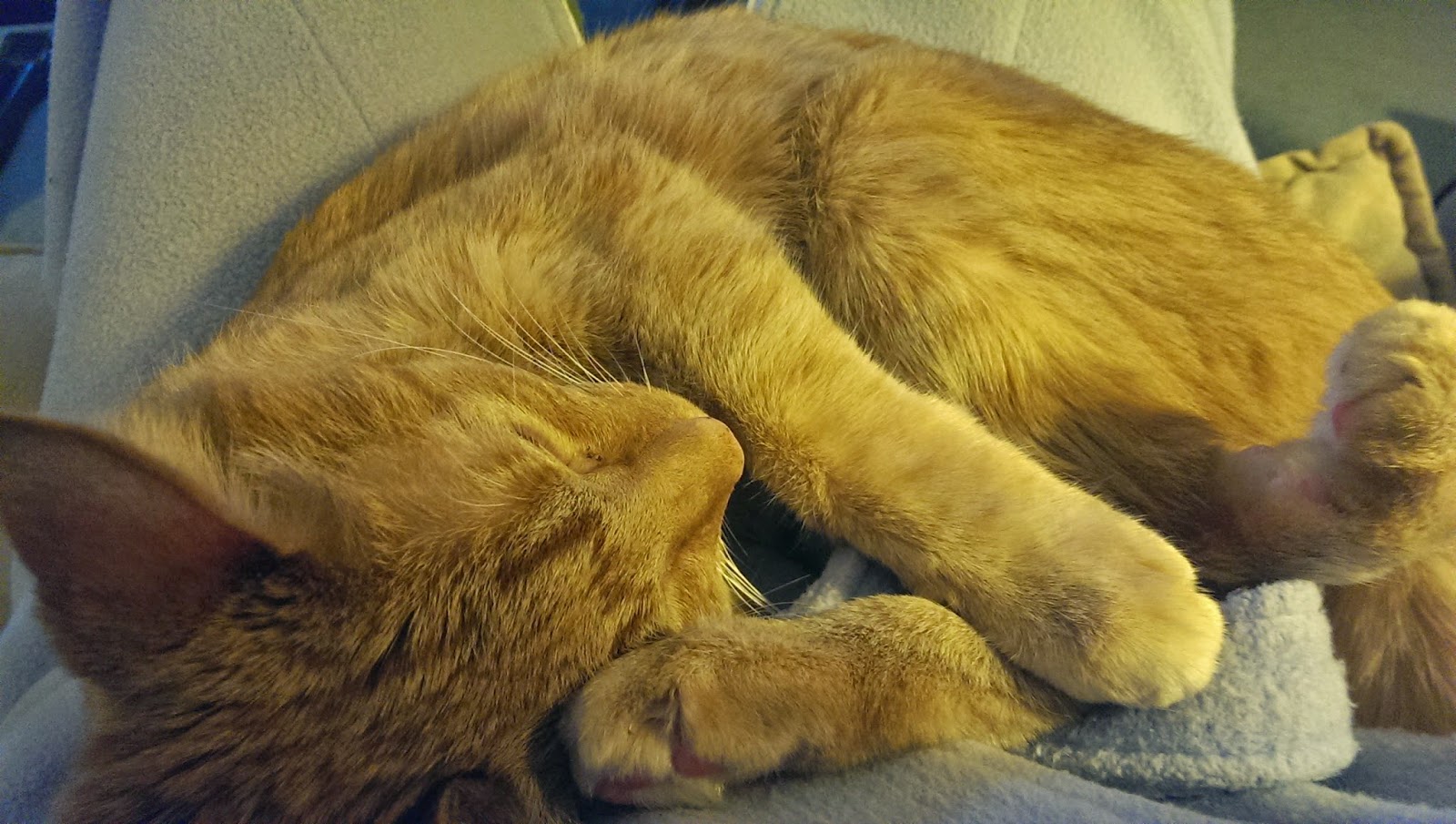 Right before DragonCon, I interviewed for an opening to teach German at a local language school, and I have my first class this afternoon. It's a private lesson. I have a regular class starting in early October. And suddenly I have to prep a lot of lessons...

The next convention I'm going to will be World Fantasy Con, where I'll see some of my VP17 peeps and maybe some instructors, as well as friends Carrie, Don, and JoSelle. And probably a lot of other people. Maybe some of you!