There isn't a whole lot going on right now. I'm reading stuff for the Hugos still. I have until July 31 to cast my ballot.

I'm working on the exam for the second module (of eight) of Basics and Concepts of Teaching German as a Foreign Language (Grundlagen und Konzepte des DaF-Unterrichts), which is a distance-learning course through the Goethe Institute. That's taking up pretty much all my brain power right now. I have 15 days to finish the exam, so it's due June 29. I'll need to finish it by the 28th, because of ConTemporal (I'm on staff).

One of my cats just had to get a tooth pulled, so that was exciting. She refused to eat, even though she was obviously hungry, so off to the vet. They found a bad-looking tooth, so they got her in for a dental the next day. She hasn't quite gotten back to normal yet, but she just had it pulled less than 24 hours ago.

Tomorrow I'm attempting to teach a friend to crochet. She's a lefty, so I have no idea if it's going to work.

Also, it's been a year since Ben and I had to put Isis to sleep. I miss her bratty little face, but it hurts less than it used to. 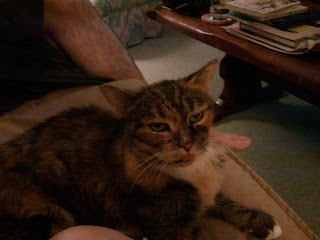 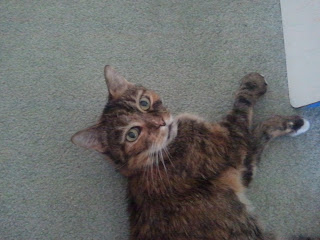 Are you leaning toward any novels this year for the Hugo?

Blackout. I actually read an entire zombie trilogy plus two novellas, it was that good. (I do not read horror.) Then captain Vorpatril. Which I enjoyed the crap out of -- I read it twice back to back -- but I think blackout is a better book.

I actually have a post planned for Monday about the two books I'd already read before the nomination period, then to review the others individually.